The San Francisco Giants are hilarious to watch. I tend to find hilarity in almost anything that I watch. In short I have a burning desire to laugh continuously. Just so you know I Googled it and I am not crazy

The Giants in of itself is a funny moniker for a team. There is no reason for this name other than the original owner was very full of himself. According to Wikipedia this is true. Kind of fitting to have the name Giants and be the only team to cancel a baseball game due to an earthquake.

These Giants have had a storied history and it is well documented. I Googled it. The modern day version of the Giants might as well resemble a circus act based on their names and personalities.

You have Buster Posey, whose name you should not confuse with Buster who is a work-for-hire clown at children’s birthday parties or Buster who is a poor-farmer-somewhere-south-where-you-might-marry-your-sister-out-of-sheer-loneliness. This Buster is a force to be reckoned with for years to come. This guy absolutely killed Joey Votto’s dream to win the World Series.

Now we introduce Buster’s supporting cast of  Jimbo Jones, err I mean Tim Lincecum whose favorite novel must be the Kama Sutra based on the acrobatics he puts into his pitches. I mean look at this picture. If I moved like that, my groin would be severed from my body. Apparently there is a story that someone told him to pitch like he was picking up a penny off his shoe. Someone thought to put over 18 million of those damn pennies near his cleats.

Enter Brian Wilson who secretly has a ZZ-Top fetish but really is a damn good baseball pitcher. Jesus, check this image out, this is him being clean shaven for God’s sakes. He ain’t no beach boy I can tell you that. 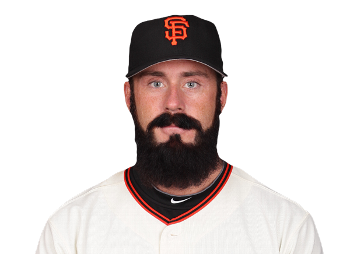 World’s biggest strongman not on steroids, Pablo Sandoval! They needed a Barry Bondeque guy in the clubhouse or they would not be Giants and Pablo is just the right person for the job. Everyone else got a picture, so why leave Pablo out.

We round out the starring cast of the circus with a Brandon “Leather” Belt and the very rich Hunter Pence of Fort Worth. God Damn man! Hunter can you have any more related terms to being filthy rich. Does he live in Fort Knox? Maybe Pablo and Huff guard the door. Ah screw it, just leave Brian out front.

I am surprised that Aubrey Huff hasn’t gotten his own brand of flammables for Fire Breathing performers to purchase.

Every circus usually has a person of shock value added to the lineup. I nominate Angel Pagan as that very person. I have not seen a more conflicted name given to a person. Maybe there are Pagan Angels, but I am damned if I am going to type that into Google and nor do I wish to be added to Google’s roster of idiot search engine terms. Just look at this picture of Angel. Doesn’t have he have that very sweet, nice humble human being feel to that image. Beware People!! 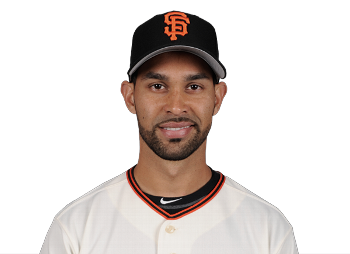 Well that ends my imaginary stretch of blogging for today. If I stretch it any further, I might get called to the loony bin. All this to say, GO GIANTS!!!